The tour took McDonald and Richards to seven major cities in China over a period of two months: Shanghai, Xiamen, Zhuhai, Guangzhou, Chongqing, Chengdu and Beijing.

Also a multi-instrumentalist, McDonald can be heard performing on Alto and Soprano saxophones on Under the Radar by the Two O’Clock Lab Band but played Clarinet, Bass Clarinet and Flute on My Fair Lady.

Richards and McDonald have previously toured together on the 2013 international tour of Dreamgirls, which took them across the USA, Canada and 5 weeks in Japan.

In regards to traveling overseas, McDonald says “It is amazing to me how small the musical world really is. I was able to meet English speakers in nearly every city we visited who either played music as well, or could direct us to jam sessions with expats and English speaking Chinese”.

While in Shanghai, McDonald was asked to present a masterclass at the Shanghai conservatory, where fellow alumnus Li Xiaochuan is now on faculty. McDonald also did a short presentation for the students at Leman International school in Chengdu with two other members of the My Fair Lady orchestra on life as a musician, and performed for the students.

Dave Richards is currently based in Los Angeles, where he has maintained an active schedule touring with international presentations of The Glenn Miller Orchestra and several musical theatre shows, including How The Grinch Stole Christmas: The Musical and Nice Work If You Can Get It.

Based in New York City, Brett McDonald has performed on Piccolo, Flute, Clarinet, Bass Clarinet; Soprano, Alto, Tenor and Baritone saxophones in various shows and tours, including two touring seasons of A Christmas Story: The Musical.

The U.S. Army Jazz Ambassadors big band will offer a free concert on Tuesday, April 4 at the Syndicate in the UNT University Union starting at 9 p.m. Admission is free. The same day, from 2-2:50 p.m., they will present a performance and Q&A in room 282 of the Music Building. 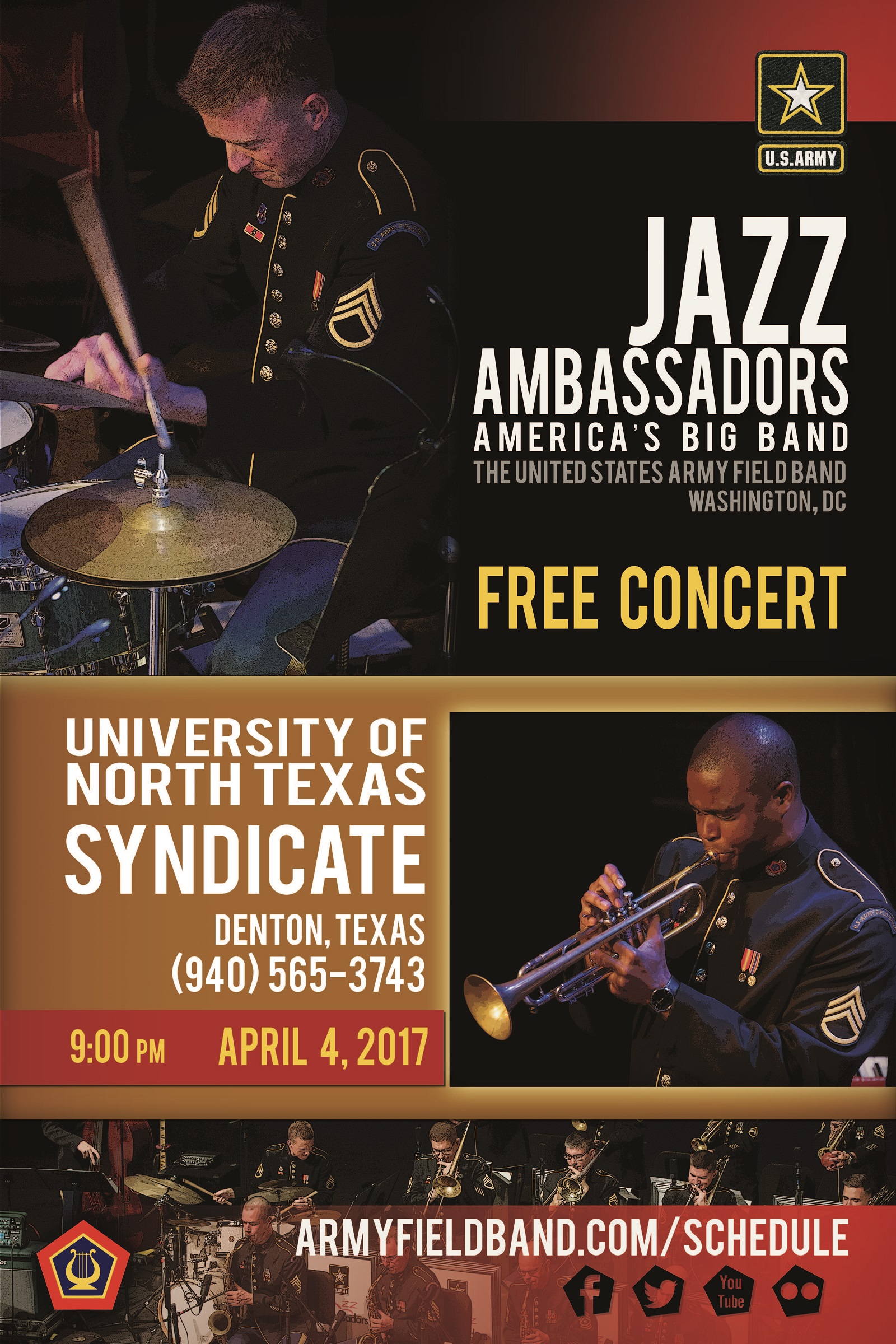 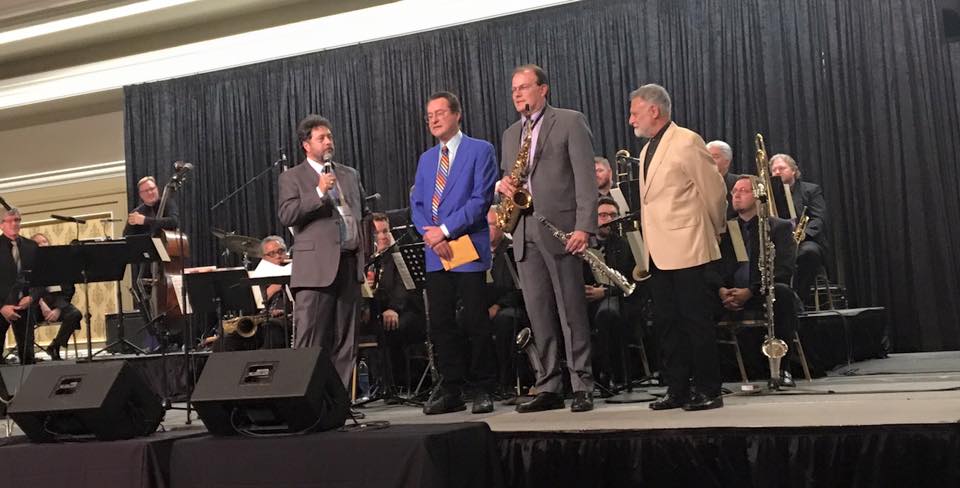 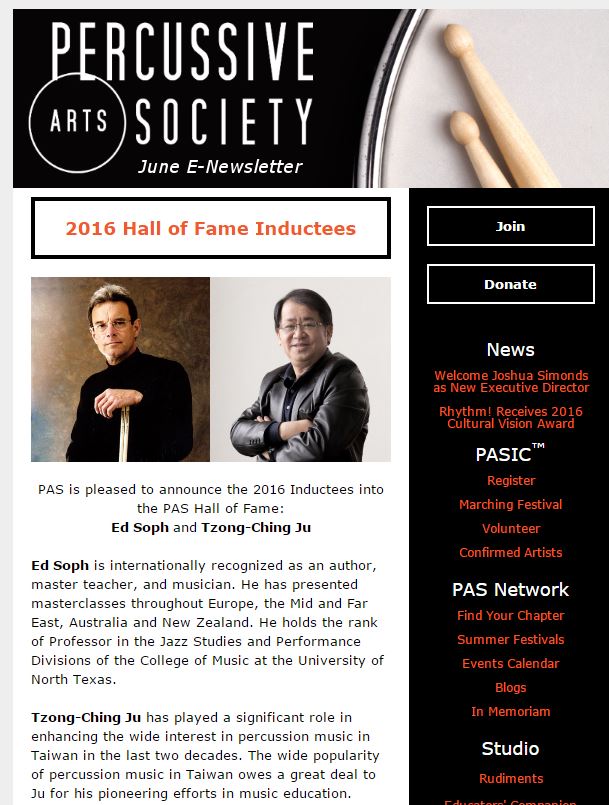 Congratulations to Professor Ed Soph on being inducted into the Percussive Arts Society's Hall of Fame.

Ed Soph's interview on drummersresource.com was the most downloaded interview of 2015.

The nearly one-hour interview valuable for anyone who is studying music, not only drummers, and not only jazz students. Ed talks about his background, his approach to teaching, how he practices, characteristics of his best students, deep listening, preparing for a career in music, and the UNT program. Link to interview