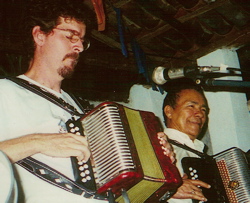 This used to be the companion site for my book, Music in Brazil: Experiencing Music, Expressing Culture, in the Oxford University Press Global Music series. It's intended for students and teachers who are using the book as well as general readers and Brazilian music fans. That's me in the photo, at left, sitting in with Arlindo dos Oito Baixos (him: cool and relaxed; me: concentrating like crazy in order to avoid pushing when I should pull and vice versa), my teacher of accordion during 2000-2001. This site is actively maintained. It was last updated on April 6, 2020.

Due to my early retirement from UNT for medical reasons in January 2020, I've decided to move this site to a Google site that I maintain: https://sites.google.com/view/music-in-brazil. The content that remains here is a sample. There's more on the new site. 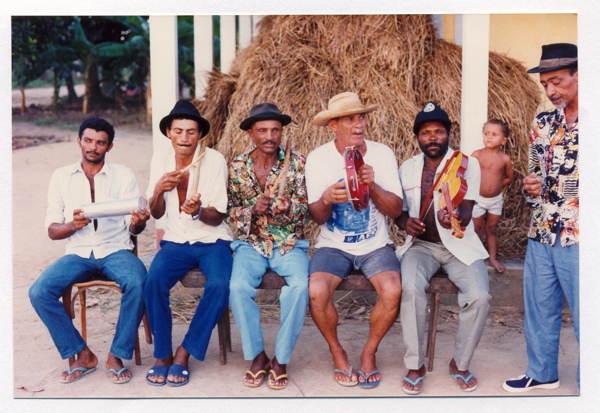 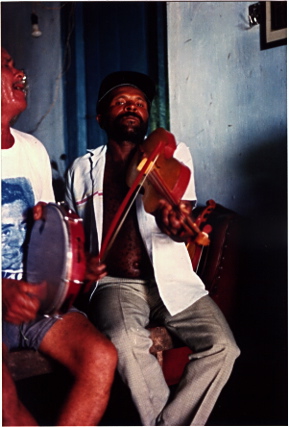